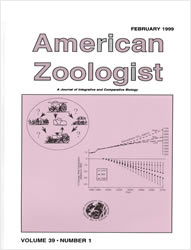 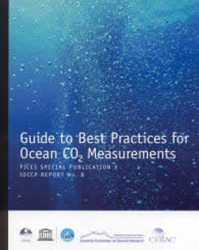 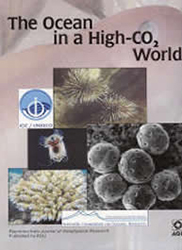 SCOR has formed working groups since 1957 and several of these groups have been relevant to ocean carbon observations and research:

WG 2 on Carbon Dioxide in the Ocean focused on the measurement of CO2 in the air and sea and its exchange rate. The convener of the working group was Prof. N.W. Rakestraw (USA). Other members of the group included Brujewicz, Erickson, Keeling, Korolef , Munnich, and Sugawara. The primary objectives of the group were to assay present CO2 concentrations in ocean and atmosphere and monitor changes; to study exchanges among the ocean, atmosphere and biosphere; and to use carbon dioxide content and isotopic relationships to characterize water and air masses. Members of the group guided the International Geophysical Year program in this field and the WG continued this activity after further development of analytical methods. It met in 1959 and planned a symposium at the Helsinki Assembly of the IUGG in 1960.

WG 10: Joint Panel on Oceanographic Tables and Standards. A subpanel on standards for CO2 measurements was formed in 1986. Its purpose was to coordinate work on developing CO2 standards for oceanic measurements and to recommend means for the production and use of such standards.

WG 44 on Ocean-Atmosphere Materials Exchange published a report in the UNESCO Technical Papers in Marine Science (No. 41), based on a 1979 meeting in Paris, France. The group was chaired by Roger Chesselet (France) and the other members and terms of reference can be found at https://scor-int.org/group/44/. The group discussed particulate carbon, among other materials exchanged across the air-sea interface. The group concluded that it is difficult to distinguish the source of organic carbon on particulates in the marine layer (whether from the ocean or land) and recommended the development of methods to distinguish between these two sources. The group also recommended that efforts be made to determine the chemical form and quantitative flux of organic substances from the ocean to the atmosphere, and to characterize gas-particle exchange processes in the marine atmosphere. The group recommended more intercalibration of standards, and at-sea comparisons of sampling and analytical techniques for determining the exchange rate of gases. WG 44 was primarily responsible for the Symposium on Ocean/Atmosphere Material Exchange at the Joint Oceanographic Assembly oin Halifax, Canada on 4 August 1982 and also the IAMAP-CACGP Symposium on the Role of the Oceans in Atmospheric Chemistry at the IAMAP General Assembly, in Hamburg, FRG, in August 1981. The group led to the formation of a planning committee (1980-1981) for a NATO Advanced Study Institute to look at the air-sea exchange of particles and gases. That effort ultimately led a few years later to the NATO Advanced Study Institute on The Role of Air-Sea Exchange in Geochemical Cycling, held in Bombannes, France, on15-28 September 1985. This was an outstandingly successful ASI, and it led to a book that was the benchmark in its field at the time: “The Role of Air-Sea Exchange in Geochemical Cycling”, P. Buat-Menard, editor, 549 pp., Reidel, Dordrecht, (1986). This book had several chapters dealing with CO2 and CO exchange.

WG 62 on Carbon Budget of the Ocean published a report in the UNESCO Technical Papers in Marine Science (No. 34), based on a 1979 meeting in Paris, France. Edward Goldberg (USA) chaired the group. Its meeting was immediately before the 1979 meeting of WG 44 and some of the members of that group participated in the WG 62 meeting. The group was formed at a time when there was disagreement between experts in ocean carbon and terrestrial carbon about the percent of carbon emissions from human activities that were taken up by the ocean. The group explored the following questions:

The group discussed the ocean biosphere (including macroalgae) and dissolution of inorganic material (calcium carbonate) in the ocean as missing sinks. For macroalgae, the group recommended an assessment of the global distribution of macroalgae biomass and studies of fate of macroalgal biomass. Studies of an inorganic sink for anthropogenic carbon were recommended, including determinations of the relationship of undersaturation and carbon carbonate dissolution, measurements of carbon system parameters in downwelling areas and a few reference sites in temperate and high-latitude shelf seas, and effects of downwelling on the depth of the lysocline. The group also recommended that sedimentary proxies be developed for carbon dioxide concentrations through time.

WG 72 on The Ocean as a Source and Sink for Atmospheric Constituents published a report in the UNESCO Technical Papers in Marine Science (No. 56). The group was chaired by W. Seiler (Germany). The other members and terms of reference are given at https://scor-int.org/group/72/. The group evolved from WG 44. It reviewed the status of studies of air-sea exchange of molecules, including carbon dioxide, and evaluated existing flux measurement techniques. The roles of atmospheric nutrient inputs in ocean productivity and the role of photochemistry in air-sea exchange were considered. Recommendations were made in relation to future research on these topics.

WG 75 on Methodology for Oceanic CO2 Measurements was co-sponsored by UNESCO. The chair of the group was C.S. Wong (Canada). Other members and the group’s terms of reference can be found at https://scor-int.org/group/75/. The group published a report in the UNESCO Technical Papers in Marine Science (No. 65). The report evaluates all aspects of measuring ocean carbon system parameters, including measuring equipment, techniques for measurements, standards used to calibrate equipment and methods, and the need for intercalibrations among laboratories performing measurements. The report recommends a program to characterize the ocean carbon system at all relevant time scales. The report was an important contribution for carbon measurements made by the Joint Global Ocean Flux Study and the World Ocean Circulation Experiment. The view of the chair 15 years after the completion of the group’s work can be found here.

SCOR/LOICZ WG 104 on Coral Reef Responses To Global Change was chaired by Robert W. Buddemeier (USA) and other group members can be found at https://scor-int.org/group/104/. The group was responsible for the first predictions of the effects of ocean acidification (term was not yet coined) on coral reefs. The group produced a special issue of the journal American Zoologist (Volume 39) on “Coral Reefs and Environmental Change–Adaptation, Acclimation, or Extinction”.

SCOR WG 116 on Sediment Trap and 234Th Methods for Carbon Export Flux Determination was chaired by Ken Buesseler (USA) and other group members and the terms of reference can be found at https://scor-int.org/group/116/. The group’s work was published in a major review article in the Journal of Marine Research. The paper particularly analyzed data regarding sediment trap hydrodynamics, the effects of zooplankton “swimmers” on flux estimates, and the solubilization of materials after collection. Flux estimates with sediment traps were compared with expected fluxes based on thorium-234 measurements. Finally, recommendations were made regarding best practices for using sediment traps.

was co-chaired by Chris German (USA) and Nadine Le Bris (France). Other group members and the terms of reference can be found at https://scor-int.org/group/134/.
The group created a model to examine the significance of hydrothermal venting on the global carbon cycle and predict from modeling results that the delivery of particulate organic carbon to deep-sea sediments should be significantly affected by scavanging on iron-rich hydrothermal plume particles.

Many other SCOR working groups have indirectly contributed to our understanding of the ocean carbon cycle.