The SCOR Secretariat is responsible for the day-to-day administration of SCOR activities, taking its guidance from the General Meetings, Executive Committee Meetings, and communication with the Executive Committee and Nominated Members. This communication includes frequent contacts with national committees and chairs of SCOR subsidiary bodies and organizations. The Secretariat is also responsible for the administration of SCOR finances, organization of the meetings of SCOR and its subsidiary bodies, management of a program of travel grants, and preparation of SCOR publications. The small size of the SCOR Secretariat is possible because of the significant contributions to SCOR projects made by participants in SCOR working groups, research projects, and other activities. 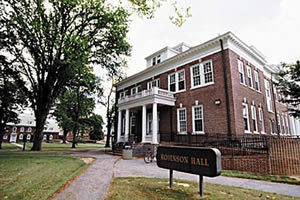 The SCOR Secretariat is located at the 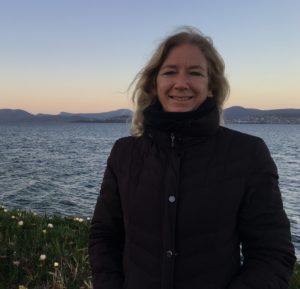 Patricia Miloslavich is a Venezuelan/Australian marine biologist and a retired senior professor from Simon Bolivar University in Venezuela from which she remains as an ad honorem researcher. From 2015-2019 she was the International Project Officer of the Biology and Ecosystems Panel from the Global Ocean Observing System (GOOS) based initially at the Australian Institute of Marine Science and later at the University of Tasmania. Her role was to coordinate activities to implement global sustained observations of marine biodiversity and ecosystems to help mitigate or manage changes resulting from anthropogenic pressures.

Patricia played key roles with the Census of Marine Life program (2000-2010). She was Senior Scientist for the program, chair of the Caribbean Committee and principal investigator for the Natural Geography in Shore Areas (NaGISA) project in South America. She contributed to draft the Science Strategy of the Ocean Science section of the IOC/UNESCO and was an invited speaker at the 2017 UN Oceans conference and the 2018 UN High Level conference in preparation for the Decade of Ocean Science for Sustainable Development. Patricia founded the South American SARCE rocky shore network and co-founded the Marine Biodiversity Observation Network of GEO-BON for Latin America. She was the President of the International Association for Biological Oceanography (IABO) and served on the Executive Committee of SCOR.  She was a Coordinating Leading Author for the Intergovernmental Panel for Biodiversity and Ecosystem Services (IPBES) global assessment, a member of the pool of experts for the UN World Ocean Assessment (I and II), and a contributor to the Blue Papers commissioned by the High-Level Panel for a Sustainable Ocean Economy among other international tasks. She was the recipient in 2015 of the Venezuelan National Science Award.

Patricia has extensive experience in science communication to broader audiences including policy makers and the general public. She brings to SCOR more than 25 years of academic experience in research, education, communication, and in the development, management and leadership of international projects related to marine biology, biodiversity and biological oceanography with national and international multidisciplinary groups.

At SCOR’s beginning, SCOR’s elected Secretary or President provided the necessary secretariat function. In 1972, a part-time Executive Secretary was appointed at the Royal Society (UK) to assist the elected Secretary. In 1985, as the scope and activities of SCOR had grown substantially, the Executive Secretary became a full-time employee; the title was changed to Executive Director in 1990. The Secretariat moved over the years from the Royal Society (UK) to Dalhousie University (Canada) in 1980, to Johns Hopkins University (USA) in 1992, and to the University of Delaware (USA) in 2007.