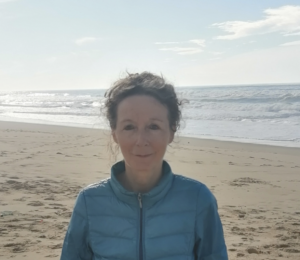 Marie Alexandrine Sicre is a Senior Scientist at CNRS (Centre National de la Recherche Scientifique) based in the Laboratoire d’Océanographie et du Climat: Expérimentation et Approches Numériques (LOCEAN) in Paris, France. She earned her PhD in Marine Sciences in 1987 at the Université Pierre et Marie Curie, Paris. She was a postdoctoral fellow at the Woods Hole Oceanographic Institution (USA) from 1987 to 1988 in Dr. R. Gagosian research group, until she was hired at CNRS in 1988. Her current research expertise is in oceanography and paleoceanography. Over the past 15 years, she has been working on the role of the ocean on climate variability and has published more than 100 papers in peer-review international journals. Her research has led to improvement of high-resolution sea surface temperature and sea ice reconstructions over the Common Era. She served as vice-president in the national reviewing panel in marine biogeochemistry at CNRS for more than 10 years (2001 to 2012) and was a member of the Images-France committee for eight years. She served as SCOR president from 2016 to 2020.