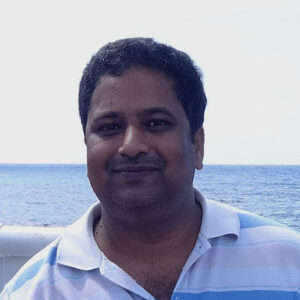 With great sadness we convey the passing of our colleague Dr. Satya Prakash, coordinator of the Joint Project Office (JPO) – India of the Second International Indian Ocean Expedition (IIOE-2), based at the National Institute of Oceanography (NIO) in Goa, India. Satya completed his master studies in applied geology at the Indian Institute of Technology (Rorkee) and earned a PhD at the Physical Research Laboratory, Department of Space, Ahmedabad. His area of research was on biogeochemistry of the Arabian Sea and Southern Ocean utilizing isotopes. He was one of the pioneers in the deployment and validation of new-generation Argo-floats with biogeochemical sensors in the Indian Ocean.

As expressed in his obituary in the IIOE-2 latest Newsletter, Satya played a key role in planning various activities leading to the formal launching of the Second International Indian Ocean Expedition (IIOE-2) from Goa. He also participated in the first research cruise under IIOE-2 (Goa-Mauritius). Since then, he had served as the JPO coordinator for the India node of IIOE-2 and had been actively involved in numerous activities related to the IIOE-2 including being a part of the Editorial Team of the IIOE-2 newsletter and the Indian Ocean Bubble, as well as facilitating the hosting of the fourth meeting of the Steering Committee of the IIOE-2 in virtual space in April, 2021.

Our deepest condolences to his wife, daughter, family, friends and colleagues.