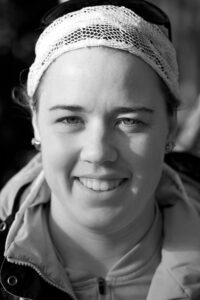 Starting on the 19th of August, Alyce Hancock will replace Louise Newman as the Executive Officer of the Southern Ocean Observing System (SOOS) program. Alyce has been the Science and Communications Officer for the Southern Ocean Observing System (SOOS) for the last two years. She completed a PhD with the Institute for Marine and Antarctic Studies, University of Tasmania, focusing on the effect of ocean acidification on nearshore Antarctic marine microbial communities. Prior to her PhD, Alyce worked as a research assistant for the University of New South Wales collecting lake microbial samples over an 18-month period in the Vestfold Hills and Rauer Islands, East Antarctic, as well as various researcher roles at the Australian Antarctic Division and University of Tasmania. She is also currently the president of the Association of Polar Early Career Scientists (APECS) Oceania national committee for Australia and New Zealand.

SCOR welcomes Alyce and greatly acknowledges the 10 years of dedicated service of Louise Newman to SOOS and to the Antarctic oceanographic research community.